What to Do When Someone Is Having a Stroke 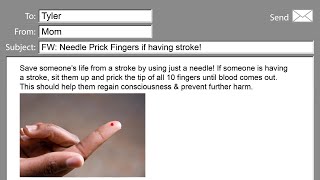 There is a lot of misinformation out there about what to do in the presence of someone having a stroke. The Doctors share what lifesaving tips you should know.