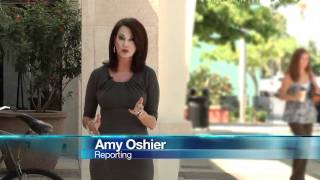 A stroke is an interruption of blood supply to the brain. That’s the end result, but there are two starting points. Two distinct catalysts. The most common occurs when the brain is starved of oxygen.

“About 80-85% of all strokes are either a thrombosis: a closure of a vessel, or embolus: where a piece of plaque or blood clot breaks off and secondarily closes the vessel. The medical word is ischemic, lack of circulation lack of oxygen, common word would be a dry stroke,” says Dr. Ross Levine, Medical Director of Vascular Neurology with Lee Memorial Health System.

The other type of stroke occurs when there’s bleeding in the brain.

“Fifteen or 20% of strokes, the less common type, are hemorrhagic or bleeding or wet stroke. Most of those are from really high blood pressure, like a gasket bursting a blood vessel bursting inside the brain,” says Dr. Levine.

Picking up on the symptoms of each type of stroke is crucial to getting effective care. Wet stroke tends to be more deadly, early on. Dry stroke present prolonged problems.

“The bleeding strokes are ‘sicker quicker,’ up front, they’re in intensive care almost right away. And the non bleeding strokes, the ischemic stroke or the dry stroke when they get in trouble it’s usually from secondary brain swelling and that takes three to five days,” says Dr. Levine.

Strokes come on quickly, the warning signs are sudden weakness or numbness on one side of the body, sudden loss of vision and sudden, severe head ache. The quicker stroke is identified, the better the outcome. If you suspect one, it’s important to call 911, quickly.

email
Posted in Living Healthy and tagged Stroke and Your Health