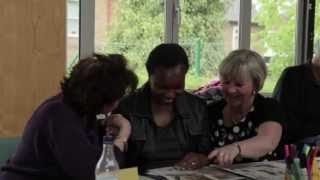 Lynn had a stroke in 2006 at the age of 45. She was left with communication difficulties and paralysis down her right side. She was unable to return to work as a receptionist and a hairdresser and found it extremely hard to come to terms with what had happened to her.

However, soon after her stroke Lynn became heavily involved with her local stroke club and she hasn’t looked back since. She now spends 75 per cent of her time volunteering and supporting other stroke survivors.

As well as volunteering at two Stroke Association groups, she also volunteers with
the Wolfson Stroke Unit at St George’s Hospital and at another stroke charity.