The Best of the Best Phoenix, AZ 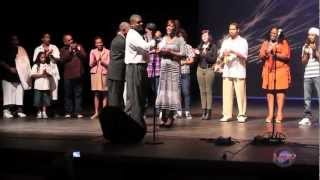 Best of The Best will be held at Tempe Center for The Arts on March 17, 2012. Artist from various cities on the west coast will be competing. Marble Ice entertainment will be giving away a $1,000 cash prize in each region as well as single recording deal and worldwide distribution of the single, radio promotion, opportunity to open for a major act from econcerts live and some great surprises as well.
Marble Ice Entertainment LLC in Phoenix, AZ is a private company categorized under Entertainers. It was established in 2005 and incorporated in Arizona.

DYANNA WOOTEN – CEO/LYRICIST
Dyanna has been a voice actor for over 10 years and acted in various local and national television commercials. A member of the Grammy Recording Academy, BMI and SGA (Songwriters Guild of America) she is an accomplished lyricist and published poet. As Chief Executive Officer, she is responsible for all aspects of the company from talent to contracts. Dyanna also has a background in marketing and provides a fresh look at concepts to move companies forward. Her motto: “Keep moving forward and reinventing yourself.”

DUANE M. WOOTEN – PRESIDENT/CFO
A successful Medical Doctor, Duane is the Chief Financial Officer for MIE in charge of all financial decisions and expenditures. Bottom line … he makes it happen!