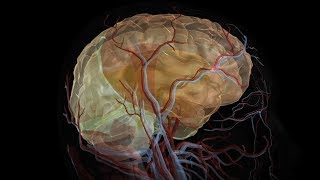 An aneurysm that ruptures can cause an hemorrhagic stroke and can be fatal if not treated immediately.

Both conditions, ischemia and hemorrhagic stroke, can be the result of diseased blood vessel walls. Some risk factors and symptoms are shared, but there are important differences.

The more widely known stroke symptoms include one side of the face drooping; slurred speech, an inability to lift an arm and weakness or numbness in one side of the body. However, a severe headache of abrupt onset, sometimes described as a “thunderclap headache,” may be a sign of hemorrhagic stroke. These are major red flags that necessitate a call to 911.

When it comes to aneurysms, there is good news: ruptured aneurysms are uncommon, affecting about 30,000 people in the U.S. annually. In comparison, an estimated 6 million people in the United States have an unruptured brain aneurysm, or 1 in 50 people. Ruptured brain aneurysms account for 3 to 5 percent of all new strokes. A ruptured aneurysm releases blood into the spaces around the brain.

The most important aneurysm rupture symptom to remember: A sudden and severe headache, the worst headache of your life, says Guilherme Dabus, M.D., (pictured above) director of the Interventional Neuroradiology Fellowship Program at Baptist Health Neuroscience Center and Miami Cardiac & Vascular Institute. A ruptured aneurysm can also produce symptoms such as nausea and vomiting, sudden blurred or double vision or trouble walking.