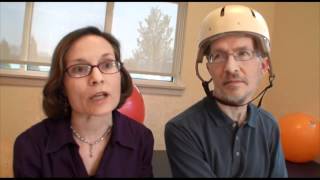 Mark Campbell, 53, suffered a stroke on New Year’s Day that turned his orderly life upside-down. Doctors cut open his head to perform two brain surgeries, and Campbell is still missing a piece of bone from his skull. He could not walk or use his left arm after the stroke.

“What do I do now?” he thought when he regained consciousness after a dozen days in the hospital.

During that tumultuous time, Campbell did not lose his detail-oriented, thoughtful personality. He quickly focused on the first step he would take when his discharge planners asked him which rehabilitation facility he preferred.