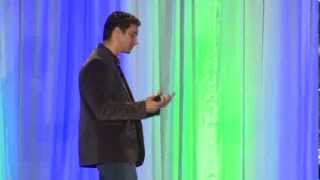 Excerpt from Brain Works 2013, a free community event from Washington University and Barnes-Jewish Hospital. Register for our next brain innovation event at: http://bjhne.ws/xk

In this portion of the Brain Works presentation, neurosurgeons Dr. Eric Leuthardt and Dr. Albert Kim talk about stroke, and how dysfunction teaches us about brain function. Similar to treat brain trauma, stroke is becoming an increasingly big problem, especially in an aging population. Hundreds of thousands of strokes happen per year. It’s one of the most common causes of death in the elderly.

Strokes can tell us some fundamental lessons about how the brain works. As you can imagine, the brain does a lot of work. It only weighs a few pounds, but it takes up around 20 percent of the blood that is coming out of our heart. It requires an immense amount of energy to do what it does. So, when a vessel gets occluded (or blocked), very rapidly that area of brain is going to die. Oftentimes occlusion is caused by atherosclerosis – similar to when you have a heart attack. A plaque has formed in the vessel – just like it forms in your heart – and oftentimes it ruptures and a clot forms inside that vessel and occludes the blood flow.

That is why things like clot busting medications are very useful for preventing a brain injury by getting there quickly to break up the clot.

So what are some of those fundamental lessons that stroke has taught us?