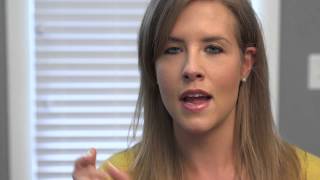 In the summer of 2013, Sarah Curlee of Nashville, TN was at her desk working. It was 10 a.m. on a Monday morning. Then, she had a stroke.

Suddenly, a tingling sensation rolled through her body. When a colleague approached Sarah’s desk seconds later to ask a question, she couldn’t speak. “My brain knew what I wanted to say, and I was trying to say it, but no words came out,” she said. “Thankfully, he immediately called it. He realized I was having a stroke, and got help.”

Stroke Program Coordinator, Margaret DuFour immediately administered tissue plasminogen activator; tPA is known as the “gold standard” in treating stroke patients. tPa works to dissolve the clot and improve blood flow to the brain and if given within hours of the stroke, may improve recovery.

That day, Sarah Curlee was found to have not one blood clot, but three. Just hours later, surgeons fed a catheter through her groin to her brain, and sucked out two blood clots, one a 6-millimeter clot.

Neurosurgeon Dr. Robbie Franklin said it was one of the biggest clots he had ever taken out.

Sarah Curlee’s story is one you don’t often hear. With low blood pressure and low cholesterol, Sarah is a slim, fit and pretty young woman who exercises five to six days a week participating in kick boxing classes alternating with strength training sessions. She eats well and is never even sick with a cold.

Sarah is back at work and back to her normal routine. She has stepped up her exercise regimen, saying, “I am changing my life because of this. I have to get back to where I was before the stroke. If anything, I am going to live life even more fully than I did before.” Sarah says she’s well-known to close friends and family as tenacious. It’s a quality that has come in handy in the aftermath of the stroke. “I don’t let things stop me,” she says.

Before moving to Nashville, Sarah earned a photography degree from Catawba Valley Community College and then a forensic chemistry degree from Appalachian State University. She works as an analytical chemist.

But Sarah Curlee has been changed by this experience. “I realize now that I’m breakable,” she says. “And while I usually am quiet at work, I’m more outgoing now. I never realized how much people like me,” she says with a smile. “So many people have come up to me and talked to me about my stroke. It’s helped me be more open to people.”

Sarah says she’s also grateful for the strong support she’s received from her family and her boyfriend. “My family rushed here immediately from the Carolinas to be with me,” she said, “and my boyfriend has been here every day to support me throughout.”

Sarah says the staff at Saint Thomas Health is “amazing”. They just wanted to make sure I was okay. They have been fantastic. From the Emergency Department to all of my doctors, Dr. Malik Ibrahim, Dr. Robbie Franklin, Dr. Mark Stankewicz among others. I just can’t say enough for how much they have cared for me and about me.”

How many 27-year-olds have a stroke? Not that many; 75 percent of strokes occur in people over age 65. But stroke numbers in younger people are rising, nearly doubling in the mid-1990s, according to academic journal Medical News Today.

It’s clear when you listen to Sarah talk about her experience, and see the strength, confidence and poise she exhibits about her own future, that the face of stroke may not be the face we’re used to.

“I have an amazing second chance at life”, says Sarah. “And while I might not be able to go out and see the world and do all the things on my bucket list right away, I have a long life ahead of me to achieve my goals and I will be sure not to waste it by having a negative attitude. So cheers to the life I have ahead of me and an endless thank you to the people in my life that saved me and helped me through everything… thank you, thank you, thank you”.