James McLachlan The Comfort of Things: Personal Objects, Possession, Dwelling & the Desire to Be God 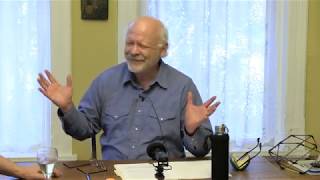 Sartre and Levinas both argue the reality of the otherness of the Other as another self-consciousness that is immediately available to us. Both are humanists in the French tradition, and as such, critical of the tendency toward the personification of things, that things take personal characteristics in cultural traditions. For each, thinking of an object as a person is a mistake, ontologically for Sartre, ethically for Levinas. While each is critical of the “personing” of things, each would also admit that it is the inevitable result of being-in-the-world, of human projects and dwelling.

James McLachlan is professor of philosophy and religion at Western Carolina University. He is past co-chair of the Mormon Studies Group at the American Academy of Religion, and organizer of the Personalist Seminar. He has assisted as co-chair Levinas Philosophy Summer Seminars, in Vilnius, Buffalo, Berkeley, and Rome and is co-director of the NEH Summer Seminar on Levinas at the University at Buffalo summer 2017. His recent publications have dealt with concepts of Hell in existentialism, Satan and demonic evil in Boehme, Schelling, and Dostoevsky, and the problem of Evil in Mormonism. He is currently working on a study of Levinas and the existentialists.