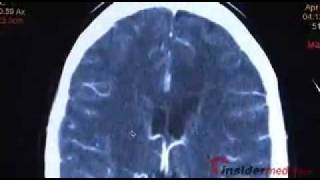 While diabetes itself remains an important risk factor for heart disease and stroke, measuring levels of sugar in the blood does little to predict the risk of these events among individuals without the condition, even if their blood sugar is higher than normal, according to a meta-analysis published in The Lancet.

Here is some information about diabetes and blood sugar:

• Type 2 diabetes, the most common type, is a condition that occurs when the body does not produce enough insulin and/or does not respond appropriately to insulin

• Insulin is necessary for sugar in the blood to be absorbed into the cells to be used as energy; as a result high blood sugar is a sign of diabetes

• Some individuals have higher than normal blood sugar levels that are not high enough to be considered diabetes; this condition is known as impaired glucose tolerance or prediabetes

Researchers representing the Emerging Risk Factors Collaboration Coordinating Centre from the University of Cambridge analyzed information on nearly 700,000 individuals who participated in over 100 studies conducted in 25 different countries to determine the relationship between the levels of sugar in the blood and the risk for heart attack and stroke.

After taking into account other risk factors for heart attack and stroke, including age, sex, smoking status, blood pressure, and body mass index (BMI), having diabetes was found to double the risk of having a heart attack and more than double the risk of having a stroke associated with a reduction in blood flow to the brain. In addition, having diabetes was linked with a 56% increased risk for having a stroke associated with bleeding in the brain. Having elevated blood sugar levels that were not high enough for a diagnosis of diabetes was only weakly linked with an increased risk for heart attack and stroke, however.