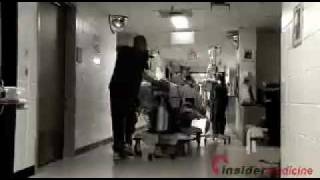 According to research published in the Lancet Neurology, receiving aggressive blood thinning should be done as fast as possible if you are suffering from a stroke or transient ischemic attack. While it is best to get this treatment done within 3 hours, receiving the medication up to 4.5 hours following the start of symptoms is still beneficial.

Here are some important things to remember about strokes and TIAs:

– Strokes or TIA are caused that then brain does not get enough blood and is deprived of oxygen. Similar to a heart attack, in which an area of the heart muscle dies, an area of the brain can quickly die, leading to profound and irreversible loss of function.

– If you notice any signs of sudden weakness or paralysis, slurring speech or feeling a pins and needle sensation over any part of your body you may be having a TIA or stoke. Time is of the essence as treatments are available that can reverse these symptoms.

– Numerous studies have shown the benefit of an aggressive clot-busting medication called alteplase. This medicine can re-established blood flow in the brain and improve ones chances of getting neurologic function back.

In previous research alteplase was shown to be most beneficial when given within 3 hours of symptoms. But is also had some benefit when given between the 3-4.5 hour window. While many Neurologists and organizations weighed the pros and cons of recommending alteplase for stroke patients who presented to the ER during the later time frame, as recommendation was given to treat both groups.

The present study, using data from the Safe Implementation of Treatment in Stroke-International Stroke Thrombolysis Registry looked to confirm this recommendation. By studying over 23,000 stoke patients some of whom had their strokes prior to the recommendation and others of whom after it, the researchers were able to show no difference in the average time a patient presented to the ER following stroke symptoms. On average this number was 65 minutes both before and after the recommendation.

The study also showed that even though those in the 3-4.5 hour group benefited from treatment, the ideal time remained less than 3 hours. This early group were less likely to have permanent impairment and were less likely to bleeding into the brain, which is a known complication of clot-breaking treatment.

Today’s research confirms the recommendation that even patients in the 3-4.5 hour window following stroke symptoms will benefit from the clot-breaking abilities of alteplase. However, time is of the essence and ones best chances of recovery happen if medication is given within the first few hours.