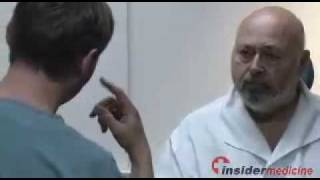 Individuals suffering from transient ischemic attacks (TIAs) and minor strokes often do not recognize what is happening and thus fail to seek timely medical attention, according to research published in the latest issue of Stroke.

Here is some information about TIAs:

• Also called mini-strokes, these occur when a blood clot temporarily clogs an artery in the brain

• They produce temporary symptoms of a stroke without leaving lasting damage

Researchers from the University of Oxford analyzed the responses of 1,000 individuals who experienced a TIA or a stroke to find out whether they sought medical attention, where they sought it, and how long it took them to do so.

Less than 70% of the participants recognized that their symptoms were an indication that they were having a stroke. Some medications used to treat stroke are only effective if used within three hours of the onset of symptoms, but less than half of participants sought medical attention within this time period. Only about 70% of the stroke victims sought medical attention within 24 hours, and most went first to see their primary care physician instead of seeking emergency care. Even among those experiencing a recurrence of a stroke, only 30% sought timely medical attention.

Todays research highlights a need to educate the public about how to identify the signs of a mild stroke and to recognize that these symptoms indicate a need for emergency care.