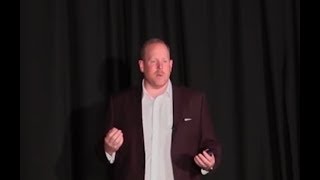 Hatch is the owner of Hatch Realty and Hatch Coaching – both based in Fargo, ND. As a recovering youth director, Hatch has been intentional on building a world engulfed in compassionate capitalism. His positive attitude and outlook on life are contagious. You’ll often hear Hatch complain about his abundance. “I have too much work, too much food, and too much forehead.” Hatch is also the co-curator of the Sell A Home, Save A Child movement as well as Homeless & Hungry. Hatch’s real estate team is one of the top 40 teams (# of units sold) in the country and is the 3rd fastest growing business in the state of North Dakota. Hatch credits his success to his failures and owning his actions proudly as a hot mess. He is here to share his idea of “how to run a for profit with the heart of a non profit. Business Owner, Chaos Creator, Hot Mess, Do-Gooder

Erik lives in Fargo where he leads one of the Top 40 real estate teams in the country and has been voted the Best Realtor in Fargo, ND, since 2013 by the Fargo Forum. In 2016 and 2017, he was recognized by Inc. magazine for having the third-fastest growing business in North Dakota. Erik is also a national speaker, trainer, and coach.

Personally, he is married and has two children. His credits include consistently golfing under 100 (for nine holes), running a marathon, eating a 52-ounce steak, and is a self-proclaimed bacon enthusiast. Erik helped raise one million dollars for the local homeless community and is currently helping raise more than a million dollars for kids in poverty around the world. (www.SellAHomeSaveAChild.org). This talk was given at a TEDx event using the TED conference format but independently organized by a local community. Learn more at https://www.ted.com/tedx

email
Posted in Get Involved and tagged heart non profit