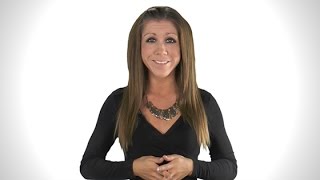 When it comes to a health problem as serious as stroke, it’s good — and potentially lifesaving — to stay informed.

Stroke is the fifth leading cause of death in the United States, according to the Centers for Disease Control and Prevention (CDC). A stroke is a medical emergency and must be treated immediately.

Managing other conditions like high blood pressure can reduce your risk of stroke, and there are also other lifestyle factors under your control. Strokes come in two basic versions: hemorrhagic and ischemic.

Most strokes in the US are ischemic strokes, according to the CDC.

A hemorrhagic stroke is caused by bleeding in the brain.

Chaouki Khoury, MD, a neurologist and director of neurology education and research at Baylor University Medical Center in Dallas and an associate professor of neurology at Texas A&M, told dailyRx News that “Hemorrhagic strokes are due to weakening of the blood vessels … most commonly because of very high blood pressure that is not being treated or being treated but not enough.”

Other possible causes, according to Dr. Khoury, “include certain vascular malformations; the blood vessels are formed wrong.” He added, “There’s a third condition that occurs in older patients called amyloid angiopathy. It’s the same disease process as in Alzheimer’s, where you have amyloid deposits in the blood vessels, leading to the blood vessels being weak and leaking on their own.”

An ischemic stroke occurs when a blood vessel in the brain becomes blocked. Ischemic strokes may be thrombotic or embolic.

In the first, a blood clot occurs in an artery going to the brain. These usually occur in an area damaged by plaque, a thick fatty deposit in the artery.

Embolic strokes occur when a clot forms somewhere else in the body — usually in the head or neck arteries — and travels to the brain.

Some people develop diseases or have inherited conditions that can make the blood more likely to clot, Dr. Khoury said.

If you do have a stroke, prompt treatment may increase your chance of survival and decrease complications.

There’s no time to waste, according to Dr. Khoury.

“If all of a sudden you lose vision on one side … or you lose the ability to talk or understand speech … going weak on one side, going numb on one side all of the sudden or losing coordination on one side … these are things people need to be aware of so, if that happens, they immediately call 911,” Dr. Khoury said.