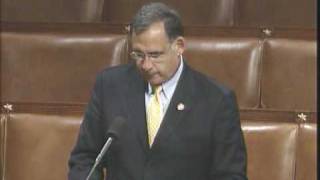 August is the hottest month of the year in Arkansas. Its the same month when many athletes are training for upcoming sports seasons so many people are exposed to the heat. Boozman said. I understand the dangers athletes face from the years of August football practices I participated in. We need to make sure the necessary precautions to protect against heat-related illnesses are being taken.

Boozman introduced this legislation in February of 20008 in memory of 13-year-old Kendrick Fincher of Rogers who died on August 7, 1995 after experiencing heat stroke while at football practice. Kendricks parents, Mike and Rhonda Fincher established the Kendrick Fincher Memorial Foundation to help prevent heat stroke. August 2008 was designated as National Heat Stroke Awareness Month.