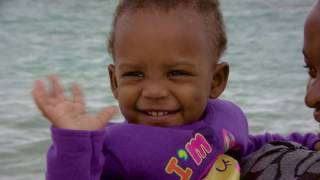 As Health City celebrates its third anniversary this month, officials at the Joint Commission International-accredited (JCI) facility are recommitting to its pledge of high quality, affordable healthcare for all, and preparing for a long future of outstanding medical provision.

“Our positive patient experiences demonstrate our dedication to the highest possible standard of compassionate care,” he adds, invoking the hospital’s 1,900-plus procedures since opening in 2014, including more than 640 orthopedic surgeries, and over 280 cardiac surgeries, with overall infection and readmission rates of less than one percent.

Health City’s medical teams, who treated patients from 60 countries just in 2016, champion innovation and have scored some notable firsts in the region. Health City became the first hospital in the English-speaking Caribbean to use robotic navigation for joint replacements and the first to install two artificial hearts or left ventricle assist devices (LVADs).

“I am amazingly pleased with my care. I am a vascular surgeon and my care was as good, if not better, than anything I have seen. The model here is what the U.S. healthcare system is striving to,” said an emergency cardiac patient at Health City, Dr. Leon Josephs from Massachusetts.

“A big reason we came here was because it was 10 times more affordable than the States. They made everything much easier and more human,” said Álvaro Jiménez, from Guatemala, after the hospital saved his three-month old son.

“We are very, very lucky to have a modern facility like this on a small island,” said the owner and CEO of the Tortuga Rum Company Ltd., Robert Hamaty, who received pulmonology care at Health City.

“Over the past year we’ve been rapidly increasing how many specialties we offer, and so we’ve also seen a big increase in the number of patients coming to us,” Dr. Abraham said, adding that Health City’s future goals include expanding accommodation at the East End campus, increasing its range of medical services and getting young Caymanians interested in science.