Getting Patients Back in the Game after Stroke 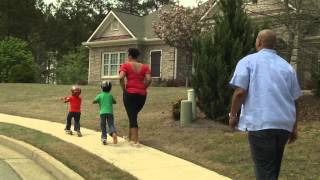 As a defensive tackle on the University of Georgia’s football team, David Jacobs had met his share of tough opponents. But twelve years ago, he faced he fight of his life when he suffered a stroke.

David spent the next month recovering in Emory University Hospital’s Neuroscience Intensive Care Unit. From there, he moved to Emory’s Center for Rehabilitation Medicine, a multidisciplinary center that provides ongoing care for patients who have undergone traumatic events such as a stroke. There, he would spend three months learning to walk, eat and do the basic things that used to come so easily to an athlete of his caliber.