Fundraiser of the Year – Nick Cann 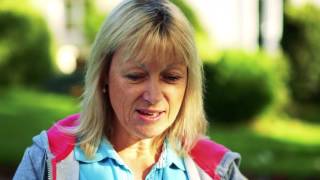 Nick Cann, former Chief Executive of the Institute of Financial Planning (IFP), was delivering a lecture to students when he suddenly collapsed and was rushed to hospital. His family received the heart-breaking news that he’d had a major stroke which left him with severe communication problems.
In the four years since his stroke, Nick has dedicated his time to raising money for the Stroke Association after we supported him through his rehabilitation. He also set up a new venture called Project Phoenix, which aims to help people with aphasia get their lives back. Project Phoenix has so far raised a staggering £57,000. stroke.org.uk/LASA

email
Posted in Get Involved and tagged stroke association address