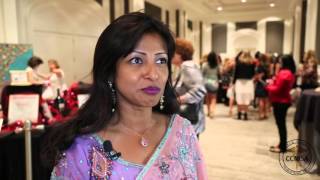 Since 2000, the CCMSA has hosted an annual Fashion Show to benefit a charity of choice that fits within our mission. Our event has grown to one of the premier events of Las Vegas, often selling out to capacity crowds. Recipient charities in the past have included the Nevada Childhood Cancer Foundation, the American Lung Association, the American Heart Association- Stroke Program, the Shade Tree, Make a Wish of Southern Nevada and much more.

THE CLARK COUNTY MEDICAL SOCIETY ALLIANCE (CCMSA) was officially chartered with the Nevada State Medical Association Alliance (NSMAA) and the national affiliate the American Medical Association Alliance (AMAA) in 1949. CCMSA is a non-profit service organization comprised of spouses of members of the Clark County Medical Society and the American Medical Association. Primarily a service organization, CCMSA focuses on health related needs in the community, initiating their own projects or providing volunteer hours and monetary assistance to charitable organizations or groups. Members’ special interests are also accommodated, with groups organized on subjects such as parenting, literature, food and crafts. When called upon by the Clark County Medical Society, CCMSA also provides them with support on their projects.