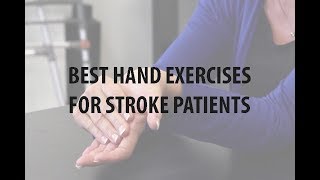 These hand exercises for stroke patients are guided by Barbara, OTA. You can also download 13 pages of free rehab exercises here: https://flnt.rehab/2JGii7r