Barriers and Facilitators to Employment 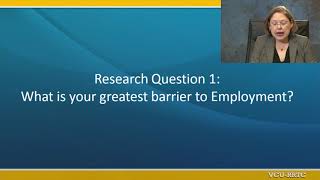 Barriers and Facilitators to Employment: Research Findings from a National Survey of People with Physical Disabilities
By Carolyn Graham

We know that individuals with physical disabilities face challenges with gaining meaningful employment. Research has found that major barriers to employment include health issues, accessibility issues, inadequate transportation, and limited social support. Conversely, we know that access to vocational rehabilitation services, reasonable accommodations, modifications to the workplace, and supports can facilitate access. However, we have limited information on what people with physical disabilities report as their barriers and facilitators to employment.