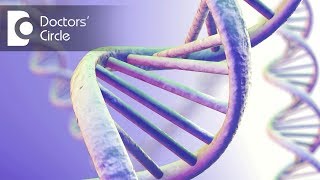 Strokes are hereditary in some way. There are various reasons why the strokes are hereditary, especially the strokes in young. So strokes less than 40 years of age it is hereditary. There may be various reason, one is if somebody has strokes in the family, because of high lipid level, the chance of obesity or overweight is more common in the same family, the chance of early stroke is common. The other reasons for the strokes in the same family are many like hereditary conditions like coagulation problems like C proteins, antithrombin deficiency, all these factors are inherited in the family. If anybody in the family has these deficiencies. The chance of the next generation is having a stroke or having other attacks are very common, the other causes in the children are very common. There are various hereditary conditions like inborn metabolism, for example homocystinemia is the most common cause of stroke. it is usually hereditary, giving family history of stroke or other mental retardation, there is chance of stroke in other family members is very high and other hereditary conditions like psychologic disorders and mitochondrial disorders, these are inherited conditions. So chances of stroke is very high of somebody is suffering from the families. So hereditary can play a major role in stroke in the family.