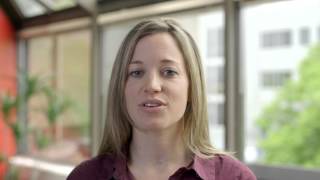 Please also see the NEW ‘Exercise and mobility in stroke recovery’ video on YouTube at:

If you like our videos please donate to SRABC at www.strokerecoverybc.ca – thank you!
“7 STEPS TO STROKE RECOVERY” EDUCATIONAL DVD
INTRODUCTION
• The main question facing stroke survivors and caregivers after discharge from hospital is — “now what?”
• Not knowing where to go for help in the community, not knowing what is available and not knowing how to access programs is tremendously confusing and frustrating.
• Stroke survivors and family caregivers need relevant education and practical guidance on living life after stroke
• This educational DVD is a tool for anyone wishing to learn about stroke recovery.
• It outlines 7 Steps that will assist stroke survivors and caregivers in knowing how to continue the process of stroke recovery in the community after hospital discharge.
• It features interviews from stroke rehabilitation professionals such as doctors, occupational therapists, physiotherapists, and speech language pathologists. They speak directly about each step of recovery according to their expertise.
• It is also featured on the Stroke Recovery Association of BC website, SRABC’s YouTube channel and via social media.
USE OF THIS DVD
• This DVD can be used as a whole or it can be shown in sections.
• The sections are as follows:
o Exercise and mobility
o Communication and language
o Social interaction and recreation
o Thinking, memory and perception
o Support
o Healthy lifestyle
o System navigation
• The presenter can stop the video in between sections and review the content with the audience/individual and answer any questions.
• The DVD can be used to promote group discussion.
• The DVD can be used to assist stroke survivors and caregivers to set goals for stroke recovery.
• The DVD can also be used as a promotional tool to explain the services we offer and as a resource for use in fund raising activities for SRABC.
INTRODUCTION TO STROKE RECOVERY ASSOCIATION OF BC (SRABC)
• Vision – Every stroke survivor in BC has respect, inclusion, and support in their home community.
• Mission Statement – Through its local Stroke Recovery Branches, SRABC is committed to assisting stroke survivors and their caregivers throughout the province to improve their overall quality of life.
• The purposes of SRABC are:
o To assist stroke survivors and their caregivers throughout BC to improve their overall quality of life and remain living independently.
o To increase awareness within the community of the impact of stroke.
o To raise awareness in the community of the services offered throughout the Province to stroke survivors and their caregivers.
o To act as a resource for hospitals and for people concerned with the effect of
o strokes on individuals and their families.
o To plan and promote programs of education and of assistance to stroke survivors in BC.
o To disseminate information on stroke prevention.
• Programs and Services
o SRABC provides support and information to anyone whose life has been affected by stroke, and to other stakeholders in the field of stroke recovery, such as healthcare professionals. Our services offer support to stroke survivors which allows them to live independently in the community, thus alleviating the pressure on community health services. The inclusion and empowerment of stroke survivors and their caregivers in our communities enriches their diversity, and helps overcome the barriers to people with disabilities in accessing community services and resources.
o We have around 30 Branches throughout BC which offer a range of programs and services to assist stroke survivors and their caregivers. They provide a friendly social environment where stroke survivors and caregivers can get support and help in coping with life after stroke. Branches offer activities such as social events, exercise, communication and cognitive stimulation. In some Branches programs are run by professionals, such as physiotherapists, and in others they are volunteer-driven. Approximately one thousand individuals attend these programs. Recruitment of new members occurs through hospital visits, liaising with health services in hospitals and the community and connecting with social workers during discharge planning.
o Our educational materials are distributed regularly to health authorities, hospitals and rehabilitation centres throughout BC. We also respond daily to requests for information and referral by phone (1-800 number), email and from our website.
o SRABC also conducts research into community-based stroke recovery, supported by the University of BC, the Ministry of Health, Heart and Stroke Foundation, the Provincial Health Services Authority, Regional Health Authorities and grants and sponsorship from the private sector.